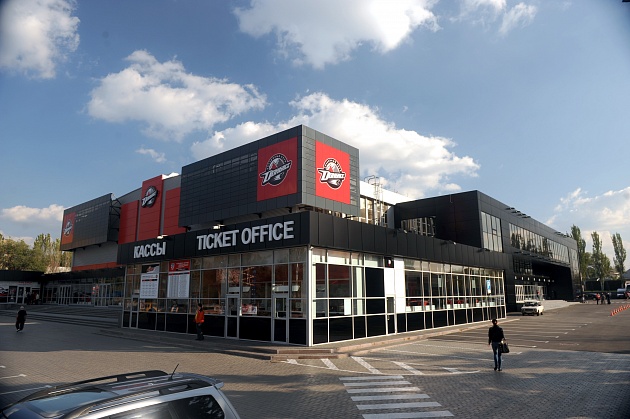 After arson of the Arena "Druzhba", which happened at night from 26 to 27 May, works on reconstruction are in the process at the home site of HC "Donbass". In particular carried out -В  cleaning, removal of fumes and soot from the surviving property and preparing the object for further construction works. Additionally carried out inventory of losses caused by fire and robbers.

Currently, reached an agreement with the State Enterprise "Donetsk PromstroyNIIproekt" on comprehensive survey of the state of load-bearing structures and constructive components of the building.

The main objective of this survey, which will last for 10 days, is a full evaluation of caused damages. The data obtained will allow to understand which structural elements of the Arena are subject to the complete replacement and which could be retained. Also experts of the SE "Donetsk PromstroyNIIproekt" will provide recommendations for phasing dismantling of damaged components of the Arena, to avoid possible collapse of the load-bearing elements of the main building of the Arena.

Upon completion of works by the SE "Donetsk PromstroyNIIproekt" schedule of reconstruction of the Arena will be adjusted and terms will be changed.

After completing the survey, active works on construction for restoring the home rink of the HC "Donbass" will begin.

For the first time in Donetsk! The legen...

Tickets for the games HC "Donbass" in th...

Friendly match between Ukraine on hockey